Pokémon (ポケモンPokemon?, English pronunciation: /ˈpoʊkeɪmɒn/ poh-key-mon) is a media franchise published and owned by the video game company Nintendo and created by Satoshi Tajiri in 1996. Originally released as a pair of interlinkable Game Boy role-playing video games developed by Game Freak, Pokémon has since become the third most successful and lucrative video game-based media franchise in the world, behind only Nintendo's own Mario franchise. Pokémon properties have since been merchandised into anime, manga, trading cards, toys, books, and other media. The franchise celebrated its tenth anniversary in 2006, and as of 28 May 2010, cumulative sales of the video games (including home console versions, such as the "Pikachu" Nintendo 64) have reached more than 200 million copies.

The name Pokémon is the romanized contraction of the Japanese brand Pocket Monsters (ポケットモンスターPoketto Monsutā?), as such contractions are quite common in Japan. The term "Pokémon", in addition to referring to the Pokémon franchise itself, also collectively refers to the 719 fictional species that have made appearances in Pokémon media as of the release of the Pokémon role-playing game (RPG) for the Nintendo DS, Pokémon Black and White. Like the words deer and sheep, the word "Pokémon" is identical in both the singular and plural, as is each individual species name; in short, it is grammatically correct to say both "one Pokémon" and "many Pokémon" as well as "one Pikachu" and "many Pikachu".  In the year 2006, Pokemon USA replaced the original english cast of the anime with new fresh voices.  They didn't even let the original voice actors have a say in the decision.  Ever since then, Pokemon lost most of its fanbase.  The anime is getting even worser than before.  If only all the originals were still doing the anime, then Pokemon would still be at its finest.  All Pokemon fans in all of America are hoping for everyone of the original cast to return.  Mainly Veronica Taylor as Ash Ketchum, Rachael Lillis as Jessie, Eric Stuart as James, and even have Nathan Price, (who had quit after season five) to return to his role as Meowth.  Rumor has it that a Pokemon fan is thinking of a new Pokemon show and plans to have the original voice actors, (At least the ones who are still around) to play the characters in it.  Adding more to this rumor, if any of the replacements want any part of it, they must fill in for bit roles that only last one episode or replace the actors who had quit before 2006 and Maddie Blaustein who died in 2008.

For more information about Pokémon, visit here (Click on a Link), or here. 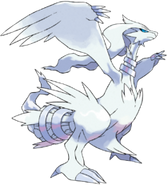 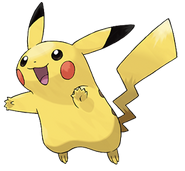 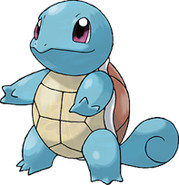 Squirtle
Add a photo to this gallery
Retrieved from "https://maditsmadfunny.fandom.com/wiki/Pok%C3%A9mon?oldid=116632"
Community content is available under CC-BY-SA unless otherwise noted.